If you are PSL Lover then the good news for you another Season of Pakistan Super League is set to begin on 20 February 2021. Pakistan Super League is a Huge Success in Pakistan and All around the world due to its Competitive cricket. In the previous PSL Qualifiers round and Final of PSL 5 has been played in November Due to Covid 19 and all the other league matches of PSL were played as per Schedule. So the PCB has Announced The PSL 6 Starting and Ending Dates. The first match of PSL 6 Will is Played on 20 February 2021 behind Close Door Due to the Coronavirus SOP. 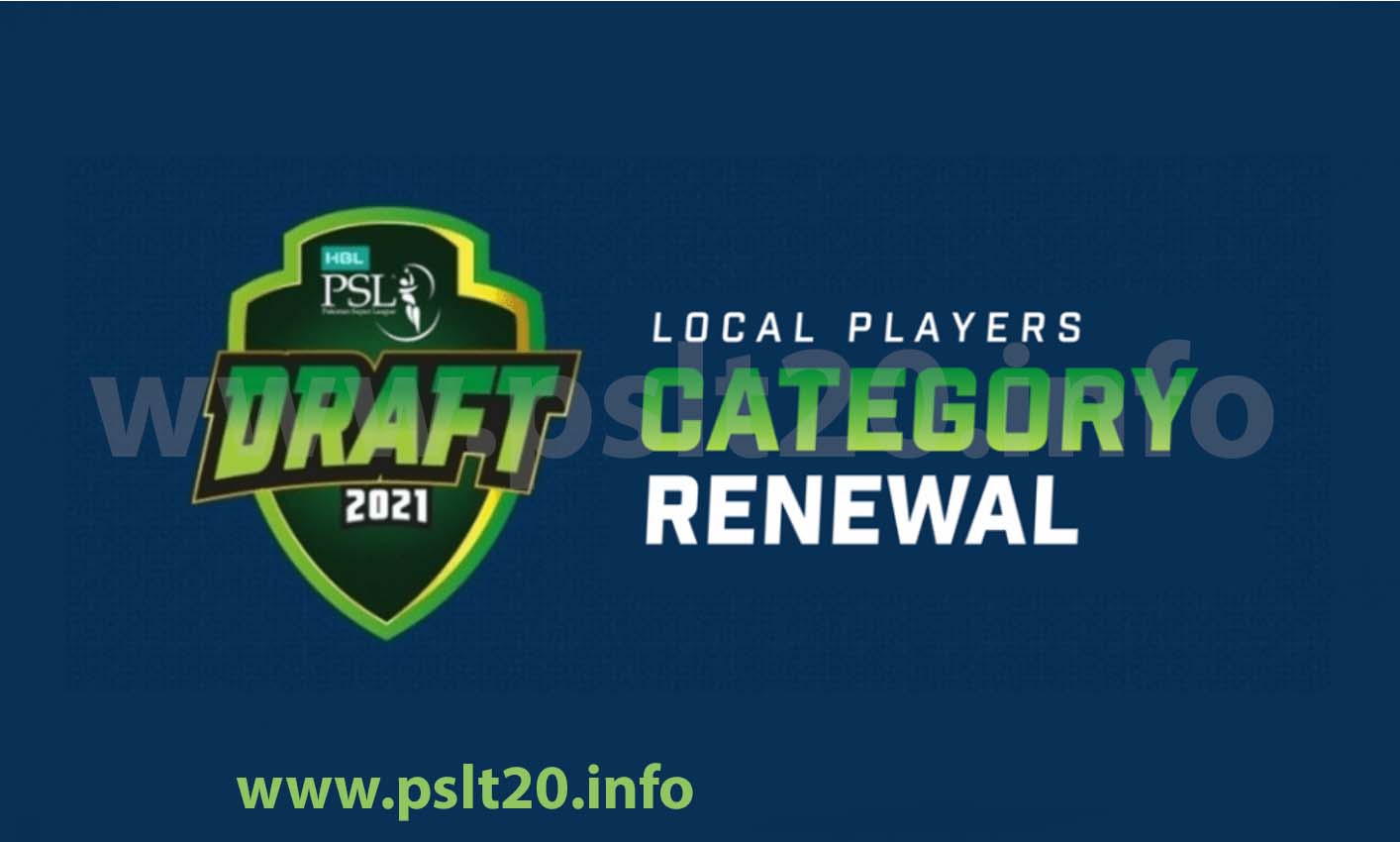 Pakistan Cricket Board (PCB) has Announced Renews Player Categories for PSL 6 Draft as Retention players can be retained. All the Categories of players of PSL 6 have been Finalized which can take part in the 2021 Pakistan Super League. 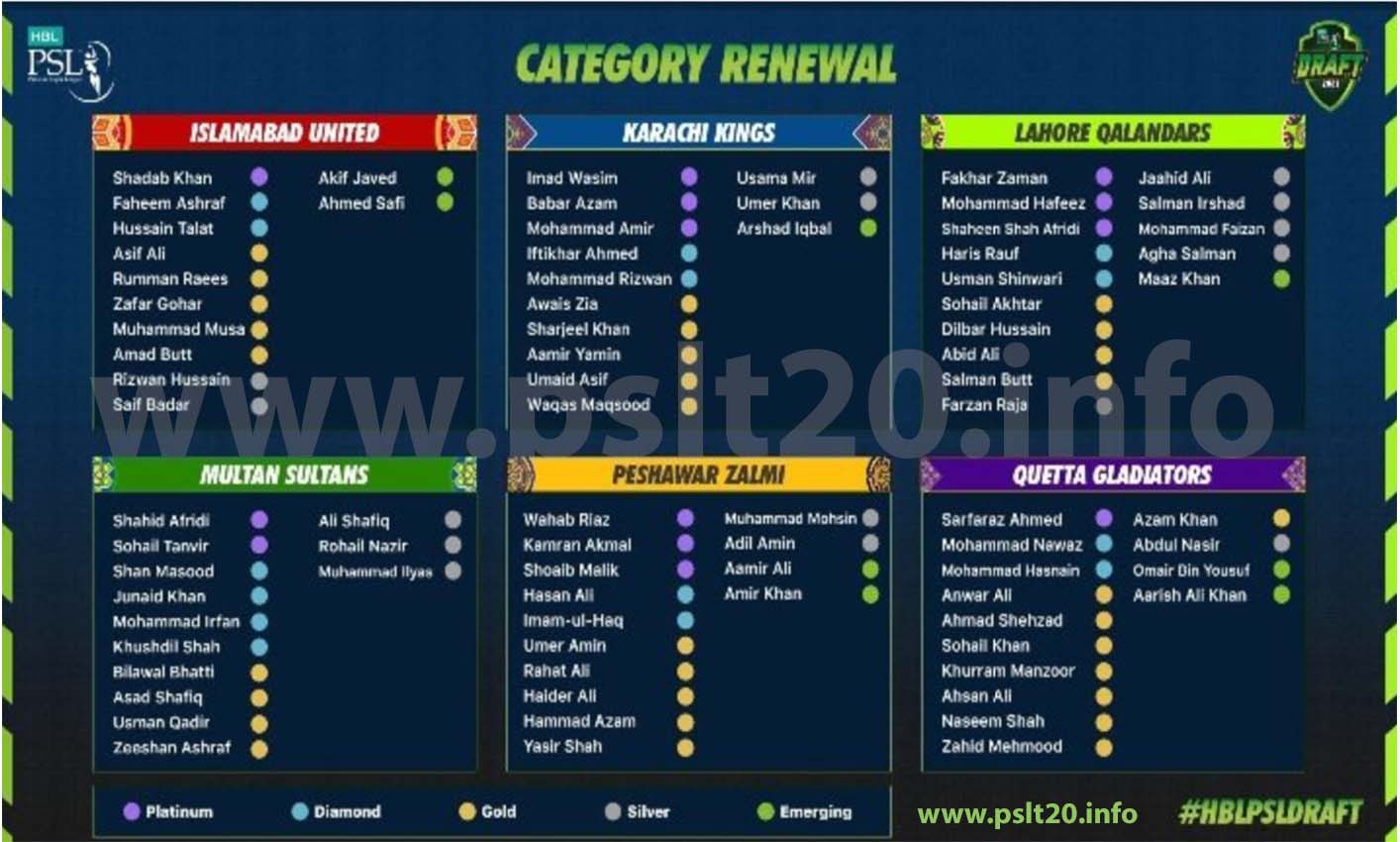 Pakistan All format Captain Baber Azam who is the player of the tournament by scoring the highest 473 runs in 12 matches in PSL 5 is in the Platinum category with Imad Wasim and Muhammad Amir in Karachi Kings Team for 2021.

If we talk about Peshawar Zalmi’s Platinum category Players the top run-scorer for Pakistan in t20 Shoaib Malik and Fast Bowler Wahab Riaz and Wicket Keeper Batsman Kamran Akmal are Include check complete PSL 6 Draft of PZ Local Players in all Category for 2021.

Now if we talk about the Most Famous Team of PSL Lahore Qalandars. Only 3 players are in the Platinum category Fahkar Zaman, Shaheen Afridi and Professor Muhammad Hafeez let have a look at the complete Local Player of Lahore Qalandars in PSL 5 Draft for 2021.